We Offer Tailored Services to Suit You

Thanks in large part to the leadership and support of our partnership with Oak Ridge AMC, the TN Chapter of the American College of Cardiology has grown and reached goals once thought impossible! I highly recommend Oak Ridge.

Let us create a custom solution for your organization.

Before joining Oak Ridge, Annette worked in Nashville’s legal community for nearly 25 years, with more than 15 at the Nashville Bar Association and 9 at the Tennessee Bar Foundation. Her work at the NBA involved typical association management, including event planning, membership, continuing education, and board/committee/volunteer management for multiple entities. Annette always enjoyed the variety of the work at the NBA and interaction with the members on a regular basis. At TBF, a grant-making entity which oversees one facet of attorney licensure, Annette worked with attorneys and with nearly 200 banks across the state.

Annette was born and raised in Virginia and attended Trevecca Nazarene College (now University) in Nashville. She fell in love with the city and stayed in Nashville after college. Her hobbies are reading and collecting recipes (only a few of which she ever uses— although she loves to cook). She is married to her husband Paul, and between them they have three wonderful children.

Deahna has worked her way up the ranks of the Oak Ridge AMC team, from Executive Assistant to Conference Coordinator and, since September of 2014, Senior Meeting Planner. She attended college at the University of Central Florida in Orlando, where she studied Nonprofit Management. Deahna is a Certified Meeting Professional with a proven record of developing and overseeing productive and profitable events and conferences.

When she’s not planning events for work, Deahna loves to plan and throw parties for FUN! She loves pilates, traveling to new places and finding all of the best food, and attempting to keep plants alive. Her passions are for her family, decorating and cooking. She lives with her husband Jasson, sons Justice (12), Johann (8) and Julius (2) as well as their dog Lily.

Lyn’s began her career in hospitality and catering after graduating from Southern Methodist University in Dallas, TX. After moving to Chicago and starting a family, she decided that meeting planning was more conducive to family life. She worked with HIMSS in Chicago for 7 years as a meeting planner and later Director of Meetings, coordinating their annual conference of more than 25,000.

After moving to Nashville in 2000, she decided to take some time off to raise her two daughters and be a full-time mom. As they grew older and more independent, she decided to go back to work part-time for Tennessee Chapter of Meeting Professionals International. This position led her to Parthenon Management Group in Brentwood, TN where she was Project Manager for the Schizophrenia International Research Society and International Society of Psychiatric Genetics. In this position, she planned international conferences for these two groups ranging in attendance from 600 – 2000.

Lyn joined XMI in the Association Management division in November of 2012 specifically to work with the American Filtration and Separations Society. She became Director of Meetings for XMI in January 2017 and is also the Executive Director for the AFS. Maple Ride Events purchased XMI Association Management in June of 2018 and formed Oak Ridge AMC. She enjoys working with the Oak Ridge AMC team in supporting their association and meetings clients and in achieving their goals. Her personal goal is that every attendee, speaker, moderator, and exhibitor have a positive conference experience at the conferences planned by the Oak Ridge AMC team.

More than 30 years ago, Betsy responded to a classified ad in the newspaper for something called an “association management company,” and she has been in the association management field ever since! Betsy has worked for associations of various sizes (100 to thousands of members) and scopes (local, state, national and international). She joined the staff of the Tennessee Bar Association in 1993 as the Young Lawyers Division Director. Ten years later, she was hired as the Executive Director of the Tennessee Society of Association Executives.

Volunteer leaders know their own trade or profession better than anyone. Betsy works with boards to set their long-term vision and transforms that vision into a reality. She has the experience and skills to help association elected leaders fulfill their mission, vision and values.

Since 1999, Betsy has been certified by the American Society of Association Executives (ASAE) as a Certified Association Executive (CAE), the highest honor of professional achievement available from ASAE. Betsy has been married to her husband Mitchell for nearly 27 years. Together they have three children, Harrison, 24, Hayden, 22 and Lydia, 13. Betsy loves to read in her free time. 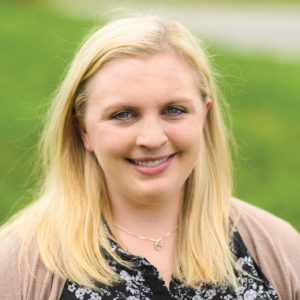 Katie graduated from the University of Kentucky in 2012 with degrees in both Accounting and Business Management, and has been crunching numbers ever since. She moved to Nashville soon after graduation, and brings 8 years of accounting experience to the Oak Ridge AMC team as our Senior Staff Accountant.

Katie resides in Hendersonville with her husband, baby girl, and two German Shepherds. Her experience, love for Nashville, and work ethic make her a dream team member. 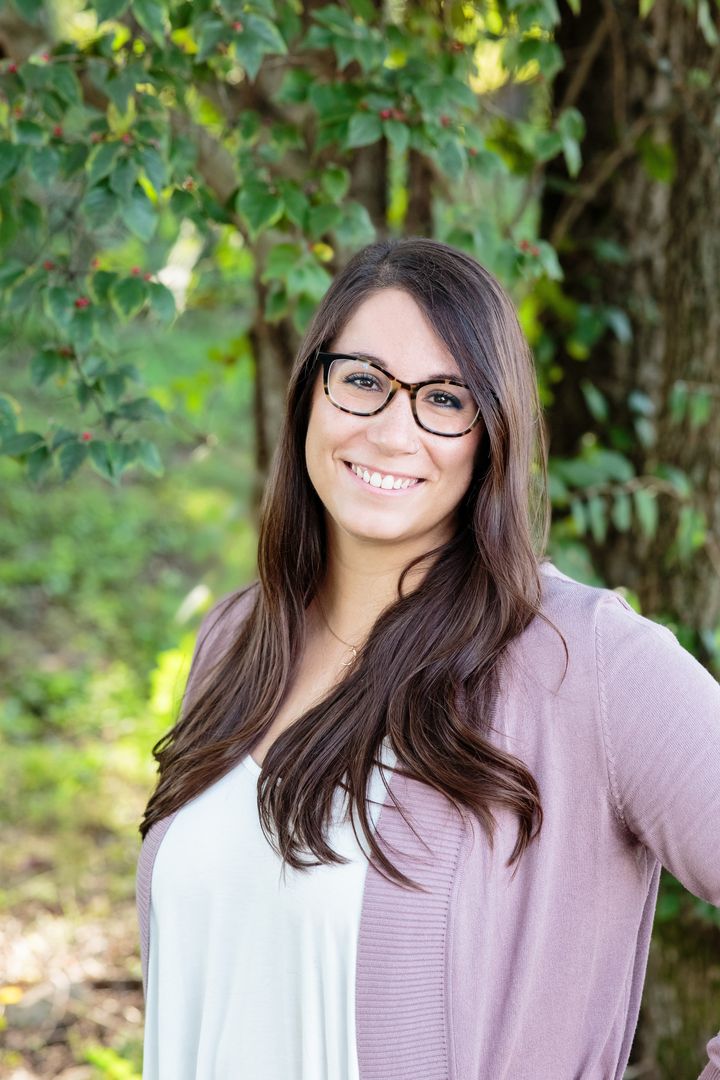 After a short stint as a pre-pharmacy major, Kayla realized she had a passion for numbers and switched to accounting. She graduated from the University of TN, Martin in 2009 with a BS in Accounting and now helps keep numbers and finances on track as the Controller for Oak Ridge AMC. She completed her MBA in 2011 from Bethel University and has worked as the Finance Director for the City of Dresden, TN (her hometown) as well as for Tri Star Sports & Entertainment, managing the finances and personal accounting for celebrities.

Kayla has called Nashville home since 2011. She has a love of pizza that borders on obsession (Five Points Pizza is her top pick for Nashville pizza places). Kayla and her husband Andrew are dog parents to two fat, lazy pups named Bella and Jackson.

Pat Owings has been in the event industry for over seven years. Pat is responsible for the financial oversight of Oak Ridge AMC as well as their sister company, Maple Ridge Events, an events company. The synergies between the two companies make Oak Ridge especially well equipped to handle annual meetings and conferences. Pat has spent 15 years in technical sales covering the globe in the synchronization market.  Prior to joining Oak Ridge, Pat had launched a successful Inbound Marketing company that continues to serve the community today.

Jenny brings her background in Executive Administrative work, as well as over 15 years in customer service to the Oak Ridge AMC team. She enjoys working with people. She is very excited to be with Oak Ridge AMC, and to learn all the aspects of Association Management and Events Coordination. Being part of a productive team is an amazing feeling: especially when the end result of working towards the common goal is a satisfied client.

Jenny is originally from Memphis, TN. She lived briefly in the Tampa Bay area before settling down in Middle Tennessee. She and her husband love being outdoors, whether it is fishing, hunting, or camping. Fall is her favorite time of the year because the weather is perfect, and there is always a football game on!

Robyn brings a wide variety of experience to the meetings and events industry. She began her career in hospitality 26 years ago and hasn’t looked back. Her career path has included restaurant management, destination management sales and operations, transportation logistics, and teaching others coming up in the industry that hard work and integrity win every time. A certified woman owned business leader, Robyn is passionate about all of her companies, including the meeting planning, DMC (Destination Management Company) and Association Management Businesses.